What is the Ryukyu Bingata Preservation and Expansion Consortium?

A collaborative effort between industry, government, and academia to spread and pass on Ryukyu bingata culture

Ryukyu bingata is a method of beautifully dyeing textile. It is an art form that has been nurtured by Okinawa’s unique climate and culture.
The Consortium is an organization of Ryukyu bingata business cooperative associations, Ryukyu bingata artists, and private companies. The Consortium was founded with the hopes of passing on the numerous creations of masters, the techniques of modern day artists, and the various intangible cultural assets to future generations, as well as to stimulate the bingata industry.
The Consortium's efforts consists of 4 services. The first is related to utilizing the design aspect of bingata (licensing). Second, is the promotion of collaborative projects with private companies (missionary sales). Third, is to preserve artistic techniques and methods (technique preservation). Lastly, it is the protection and monitoring of intellectual properties (intellectual property monitoring).
Modern market conditions are changing constantly because the speed of which information travels has increased exponentially. The serenity of traditional art, which has evolved and refined itself over the course of history, captures the hearts of people and offers repose from the commotion of modern life.
The Consortium will continue its efforts because it believes that Ryukyu bingata also holds the potential to give birth to new ideas through its traditions.

Creating true Ryukyu bingata under the spirit of cooperation

Spreading true Ryukyu bingata to the world...
Ryukyu bingata artists possess a sense of pride that derives from having upheld a tradition for nearly 700 years. Simultaneously, they have an open-minded spirit of cooperativeness.
The Consortium aims to connect such bingata artists with those who want to make commercial use their works. Until now, a medium in which communities who wished for the commercial use bingata could get in contact with artists did not exist. The Consortium aims to provide a solution to this problem by creating such a network.
In this way, bingata designs － which carry a multitude of underlying means － may be used appropriately. The Consortium believes this will help artists gain more experience and in assisting their financial independence, as well as aid in the preservation of traditional culture.
By incorporating Ryukyu bingata motifs in interior design and in commercial products, Okinawa will become an even more visually awe-inspiring place for tourists and locals alike.
As more people are exposed to Ryukyu bingata － and as more people fall in love with it － the demand for products using bingata design will also grow. This, in turn, will increase the number of aspiring artists to specialize in bingata.
Through these activities, the Consortium hopes to build a foundation in which traditional crafts can be passed down to future generations for many years to follow.

Ryukyu bingata has been undergoing a period of "polarization" for some time.
On one spectrum, there is the inexpensive "bingata-like" products and decorations. Such products often use old bingata patterns without the artist’s consent. On the other hand, there is the highly valuable, hand-dyed Ryukyu bingata products. These are fabrics that have been dyed by highly trained artists who use traditional techniques. There are even silken fabrics woven by masters, which have been dyed by yet another master. These are rare works of art that are considered masterpieces.
Through the use of the certification mark system, the Consortium will provide high quality commercial Ryukyu bingata products that meet modern demands, which will be available in a wide range of price brackets.
Furthermore, bingata artists who made their living from the commissions that they received from the dyeing process will now have the opportunity to sell their designs. They may also create their own merchandise, to provide them with a new source of income.
Through such efforts, the Consortium will aim to place fair values on products that all players in the Ryukyu bingata market can agree upon.
Doing so will promote Ryukyu bingata culture to be spread across the world and to be passed on to future generations.

The design of the logo incorporates two tools that are essential for creating Ryukyu bingata: the brush and the "rukujū," which is a pattern sheet made from Ryukyu tofu. It also boldly uses a palette of tropical colors, as one would expect from Ryukyu bingata. The colors also represents a style of gradation known as "kumadori."

*Be sure to read the guideline before using the Ryukyu BINGATA logo. 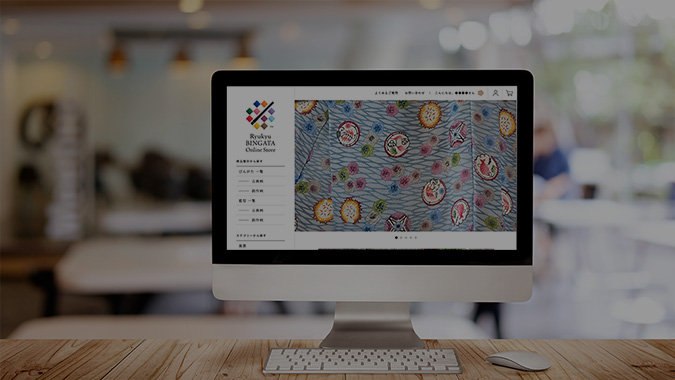 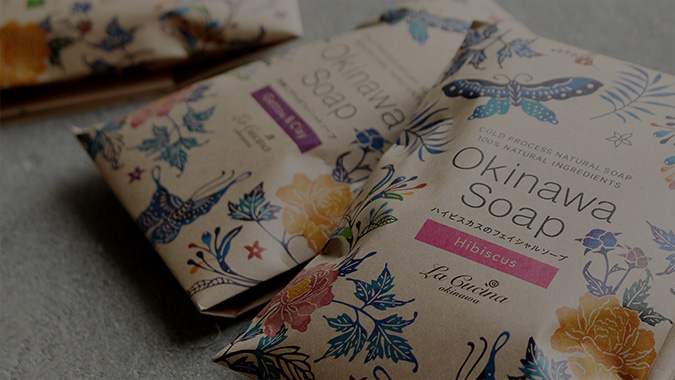 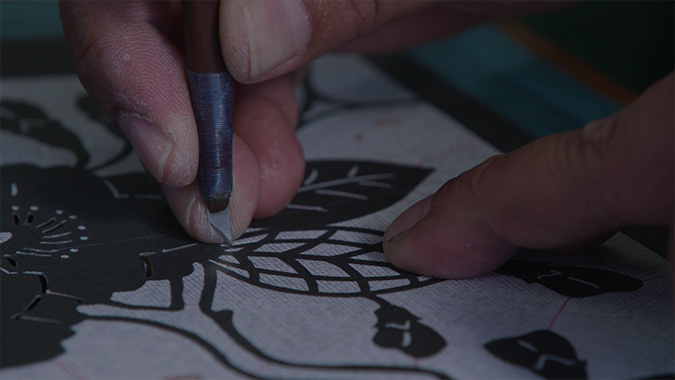 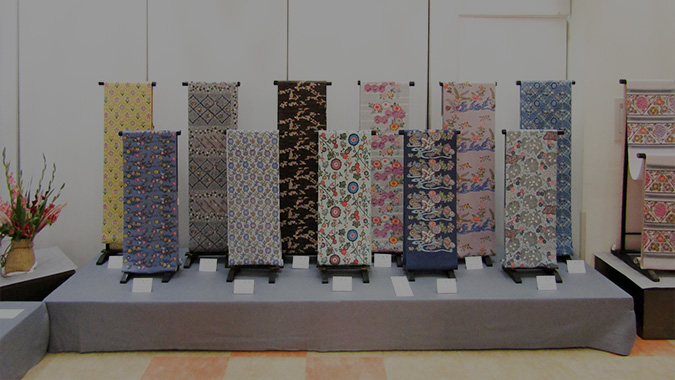 Applying for a membership